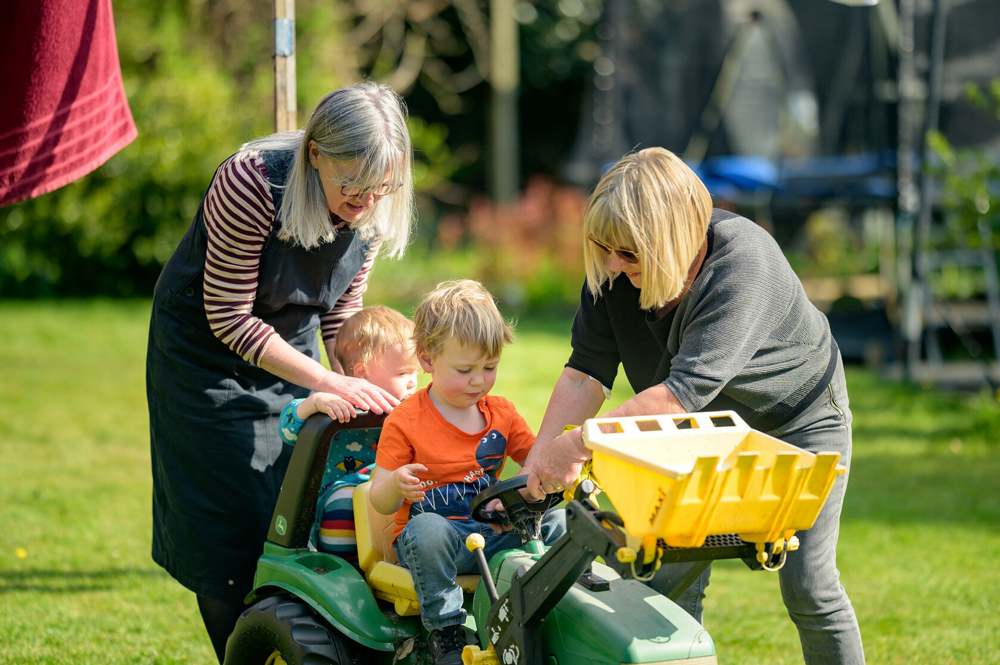 We recently tuned into the HousingLIN HAPPIHour session on ‘A Practical Look at Intergenerational Living’.

The first speaker was Sue Egersdorff, Founder of Ready Generations, who spoke about ‘Imagining a different story – learning spaces that connect generations’. She said that, because of the pandemic, people are thinking differently about what is needed from communities.

“The task is not so much to see what no one yet has seen, but to think what nobody yet has thought about that which everybody sees” (Schapenhauer)

She reflected that the qualifications for early years and childcare sit well with those required for social care. Loneliness can affect us at every age, so our thinking about strategies to overcome it is universal.

The team at Ready Generations is developing a concept of conscious leadership and intentional spaces, as she feels that we need to reconsider the silos around age, education, care, home, community and work, and think about them horizontally.

It is important that we consider the mundane things in our daily lives rather than focusing on the exciting things. How easy is it to access transport & shops with a double buggy? This thinking has been extended into access for older people.
She went on to say that psychological safety is important for older people as well as children, and that both generations will be learning together in the nursery at the Belong Village in Chester, through a ‘Mirrored Learning & Care Curriculum’. The curriculum includes living in harmony with nature, playfulness and discovery, unity and connectedness, autonomy, relationships at the heart of practice, and knowledgeable and nurturing educators and carers.

The same 5 measures to develop an evidence base will be used for both generations – building and developing cognitive capacity in children, and ensuring that it doesn’t reduce in older people.

She explained that the Belong Villages values are aligned to those of the Eden Alternative, with children at the heart of their community. Belong Villages wanted to move away from the care home model so that children felt welcome, incorporating play areas and baby-changing facilities into the design.

For those Belong Villages already operational, the community areas were used to welcome children as the ‘household’ model had a lot of private space which was not suitable for this purpose. New developments allowed for wider space to welcome children.

The new Belong Villages in Chester features a bistro which is open to the public; and there is also a cinema, gym and hair salons. On the lower ground floor they worked with Ready Generations to incorporate a nursery as well as a daycare facility for people with dementia. Access to the nursery can be either directly or through the village, so that parents are welcomed in. It occurred to Belong Villages and Ready Generations that the nursery was just like another household in the development, and it is treated in the same way in terms of pandemic planning.
The final speakers were Adrian Hill and Milena Patru from Adrian Hill Architects, who spoke about their award-winning ‘Two Front Doors’ concept for intergenerational living.

Their proposal showed different generations living in one property with a smaller & larger apartment, each accessed by their own front door (hence ‘Two Front Doors’). The shared social spaces act as a buffer between the apartments. As the apartments went up in floors in the block they got smaller, and could be used for other types of sharers (such as students and single parents).

The design included a community task force who could manage things such as maintenance – those taking part could have their contribution offset against annual charges.