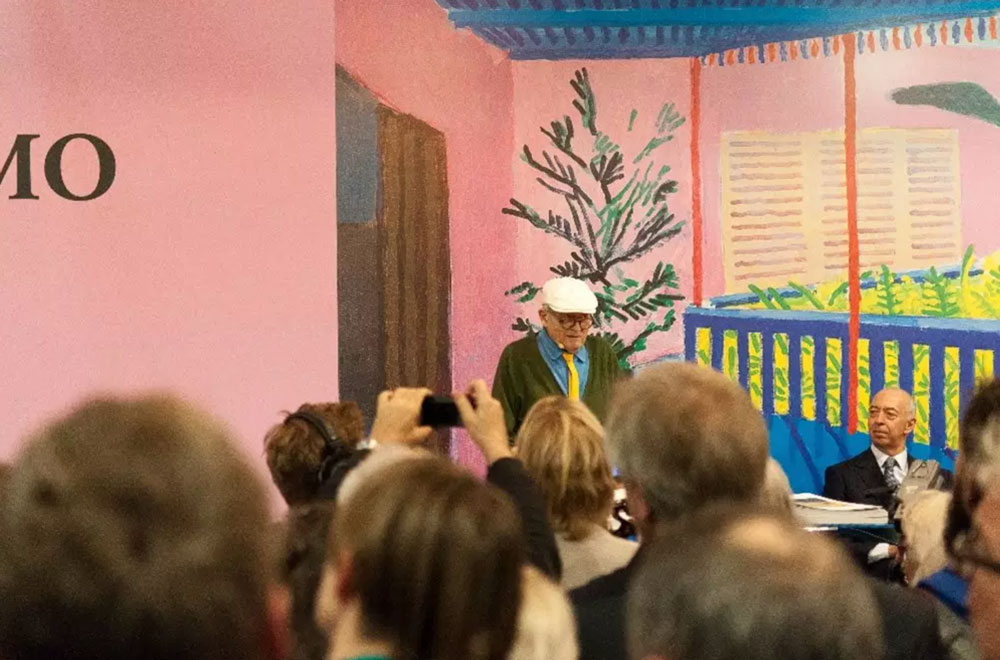 As many also experience, I lost my maternal grandfather when I was quite young. I was incredibly close to him. We lived with him and my Grandmother for a while when I was a toddler and as I grew older he shared his passion for art with me.

He used to take me to exhibitions at The Royal Academy in London as often as he could. We would stand for hours, taking in the paintings and sculptures, discussing our thoughts about them.

I discovered that many years before I was born, he had been landlord to one of Britain’s most successful and celebrated artists today. Back then he was a little known artist seeking recognition. He had travelled to London from his home in Bradford and my Granddad had put him up in a small flat.

The artist was David Hockney.

Over the years, they stayed in touch and despite Hockney’s stratospheric rise, he would always let Grandad know what he was up to and where he was. Every summer, he would come back to London and work out of a studio there.

One year, when I was too young to fully appreciate it, Hockney invited us over to meet him and for me, at the time a keen if not particularly talented painter, to bring a few of my pictures for him to look at.

When I look back now, I realise what an incredible privilege it was and what a special morning I had experienced. David was kind about my art. I remember him taking me aside as he sipped on a cup of tea and puffed on a cigarette and said, out of my Grandad’s ear shot, “You know, whatever you do in life, you won’t go far wrong if you learn from your David.”

I looked up at him and smiled as he went on to say, “Because your Grandfather has integrity, more than I have ever seen in anyone else I’ve met and that makes him very special indeed.”

I don’t think I really understood what he meant at the time, but I knew it was something important. When my Grandfather passed away a few years later, a former colleague of his said the same thing to me at the funeral.

By then, I knew that that was what I wanted to achieve in life, that when my day came, people would say the same of me.

We must all fight for it, nurture it and promote it.

If the pandemic has taught us nothing else, it is that relationships matter, and that integrity is the foundation.